In early July 2017, after eight months of training, 65-year-old Onelife Fitness member, Turner Britton and his partner, Rita Grayson, completed their hike up the third-tallest mountain of the Seven Summits, Mt. Kilimanjaro. 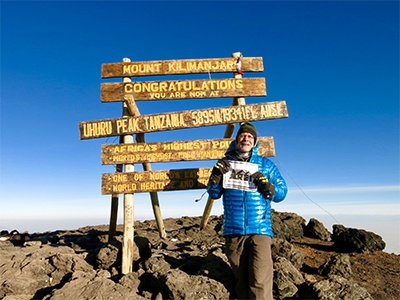